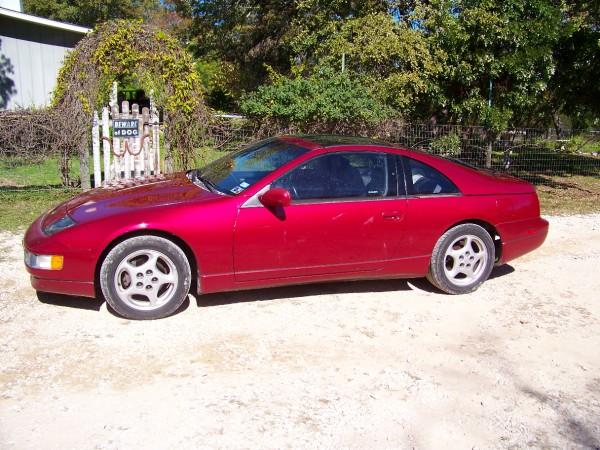 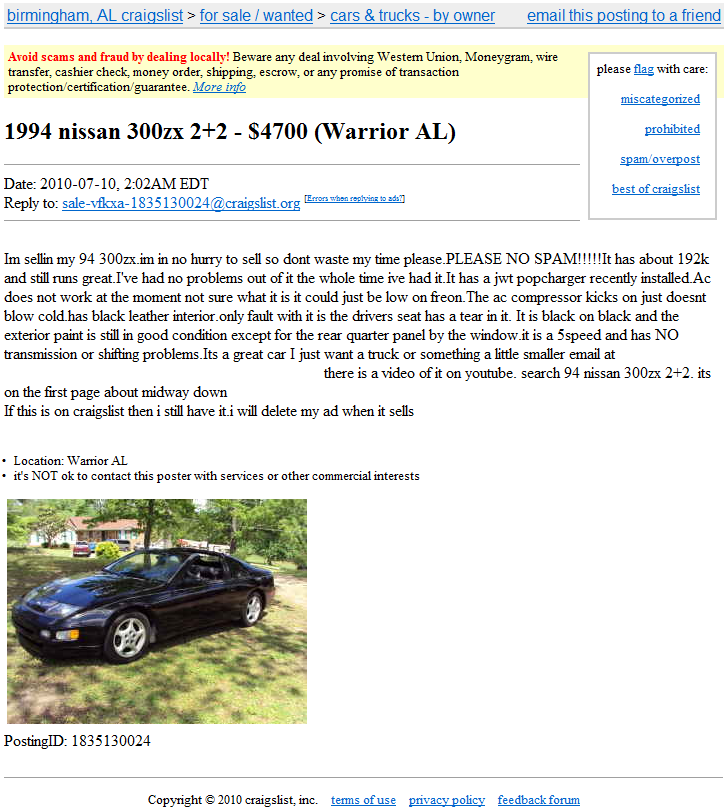 Well, I woke up this morning and checked my craigslist RSS feeds first thing and there was one of those post titles that I love to see “1994 300zx 2+2”.  This one turns out to be one of the 272 (found in the Z registry) that meet all of my requirements.  It’s got pretty high miles and a few paint/interior issues but I suspect that is how most of them will be.  The problem I have is deciding now how picky I can be, ever since I found out there are less of these available than I had originally thought when one shows up for sale I have decisions to make…  do I take a chance on this one or wait for one that is a little bit better?  Well, I haven’t decided any of that yet but I’m sure I’ll do it soon.  I think it’s priced a little high for the miles and condition and the owner seems in no hurry to sell it so I will definitely take that into consideration. 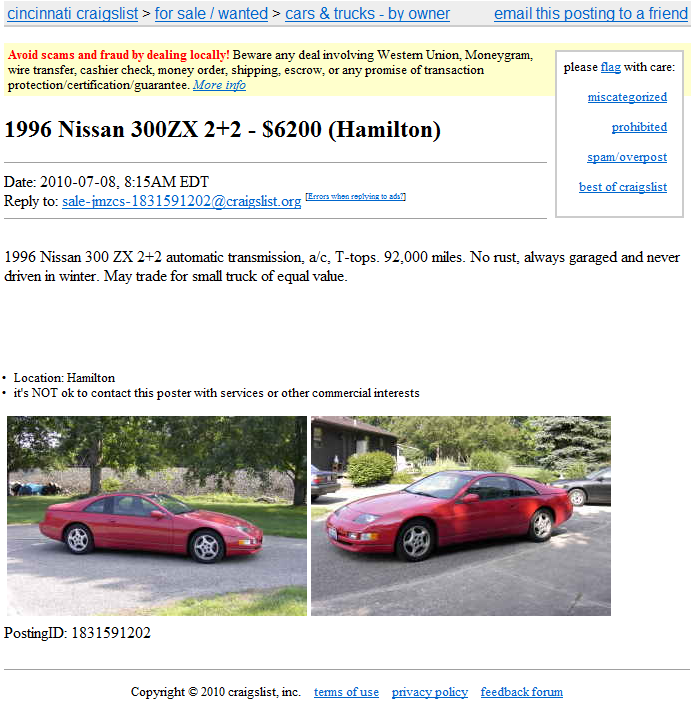 I was going through my early morning routine of looking through my craigslist RSS feeds yesterday and saw the subject “1996 Nissan 300ZX 2+2” which always gets my blood pumping.  Then I clicked on the link and saw that it was a  red one, which I think I’ve decided now is my preferred color.  Shortly after that I read those dreaded words, dreaded by me anyway, automatic transmission… so close!  Don’t get me wrong, I don’t have anything against all of those Zs and their owners with automatic transmissions out there but I currently have a Nissan Frontier Pickup with an automatic (not to mention Shelley’s car is an automatic as well) so I’ve got that part covered.  I’m longing for a manual transmission so that is just another variable I will have to deal with during this search.